BY HARRY PINCUS | I must admit to a good chortle as I watched Senator Chuck Schumer extract a tantrum from Donald Trump the other week. Our Senate minority leader managed to provoke the president into such a pique that his usual shade of orange turned into a version of pull-me-over red, just as he admitted that he was willing to “shut down the government” if “I don’t get what I want!” Yes, said The Donald, I will take full responsibility!

Since Chuck is from my old neighborhood, and his father Abe was our exterminator, I thought I had a pretty good idea of the trick that managed to turn our president into an overgrown infant hurling the most intemperate of admissions, thus proving once and for all that Trump is merely from the borough of Queens, but Chuck Schumer, alas, hails  from the borough of Kings! 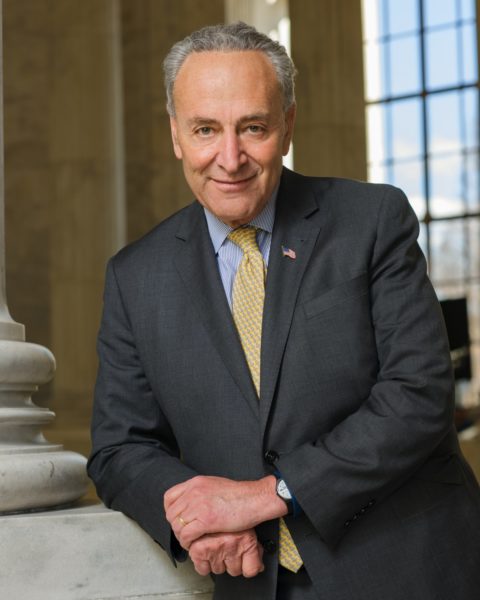 The writer had a revealing elevator conversation
with Chuck Schumer, above, whose father took
care of a situation for the writer.
Photo by U.S. Senate Photographic Studio-Jeff McEvoy