Former DID member and champion of Lower Manhattan, the late Liz Berger, has a lovely plaza created and named in her honor in the Financial District. Ms. Berger sadly passed away in 2013 after a life of dedication to our downtown community. You can read her New York Times obituary here.

Work is complete on Elizabeth H. Berger Plaza in the Financial District, and the newly built park is now open to the public. Designed by landscape architect George Vellonakis, the project involved the reconfiguration of streets to create a more pedestrian-friendly plaza, and is named in honor of the late Downtown Alliance president Elizabeth Berger. The green space is bound by Greenwich Street to the west, Edgar Street to the north, and Trinity Place to the east. 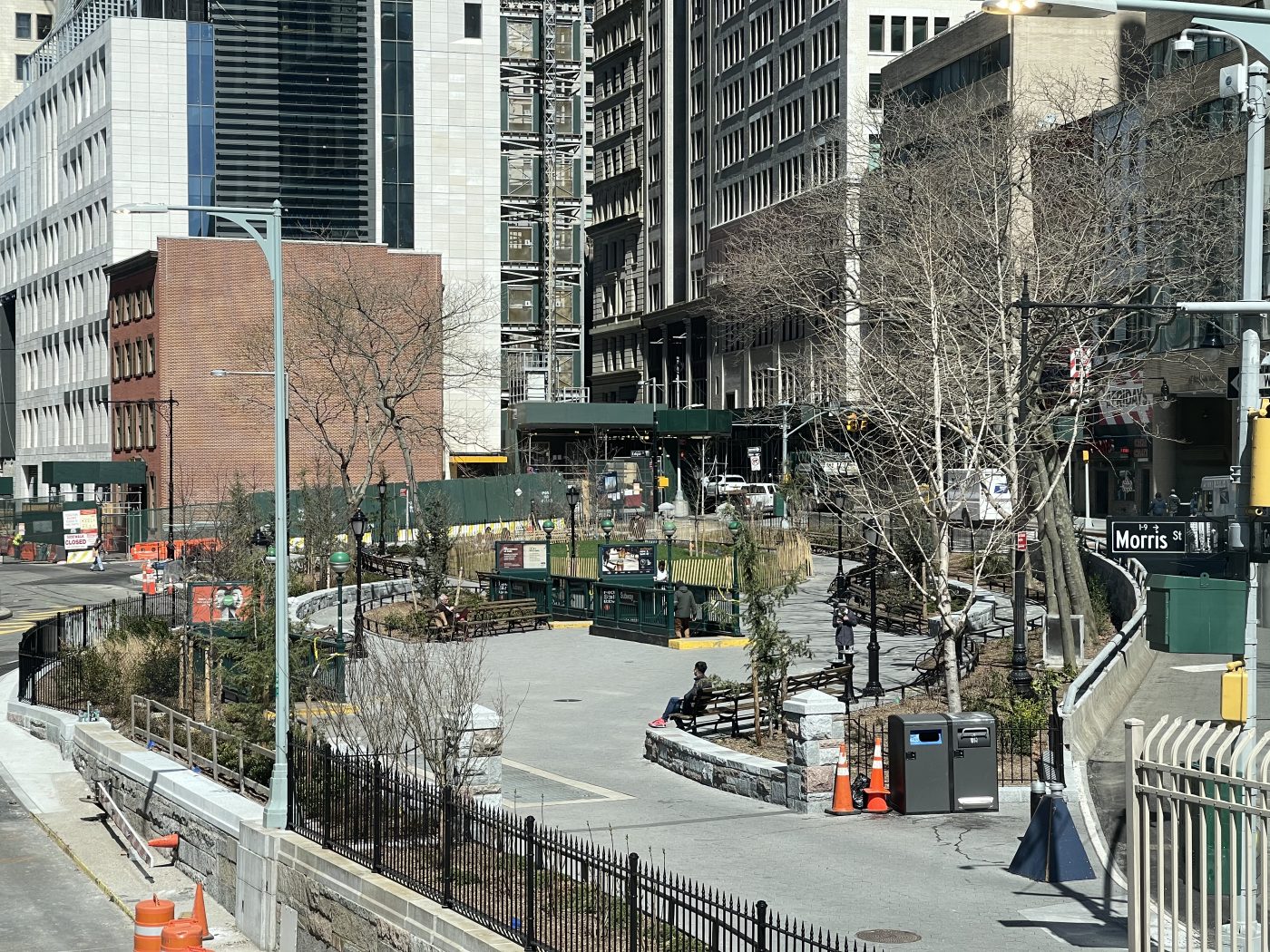 Elizabeth H. Berger Plaza now comes with two entrances on the northern end of the park, numerous winding pathways lined with different shaped stone, classic New York-style wooden benches, a gradually elevated, elliptical-shaped green lawn with a wooden fence around the perimeter to allow the freshly laid down sod to settle into the soil, new lamp posts, low-lying black railing around the garden beds, and an abundance of varying coniferous and deciduous tree and shrub species. The subway staircases that lead down to the local 1 train at the Rector Street station have remained in place throughout the redesign of the plaza.

Read the full story and photo history of the plaza here.