Join Team Joe supporters from all across New York on Tuesday, September 29th at 8 pm for a pre-debate program and watch party!

Hear from local supporters, including New York Senator Kirsten Gillibrand and New York Attorney General Letitia James, and learn how you can get involved in our campaign to elect Joe Biden, Kamala Harris, and Democrats up and down the ticket, then join us for a national pre-debate program and to cheer on Joe together for a debate watch party livestream.

Join us at 8 pm for the pre-debate program even if you plan to watch the debate on TV. 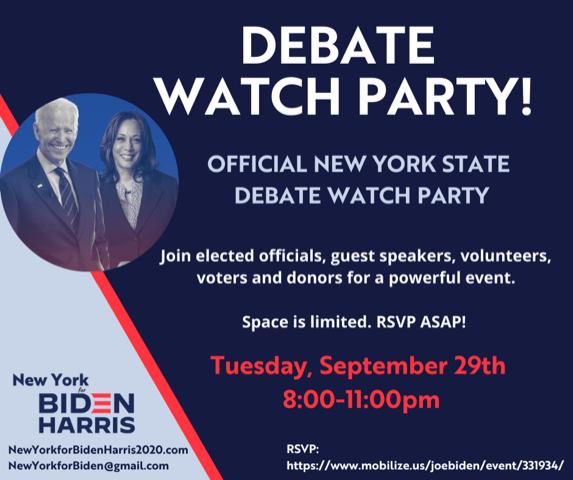