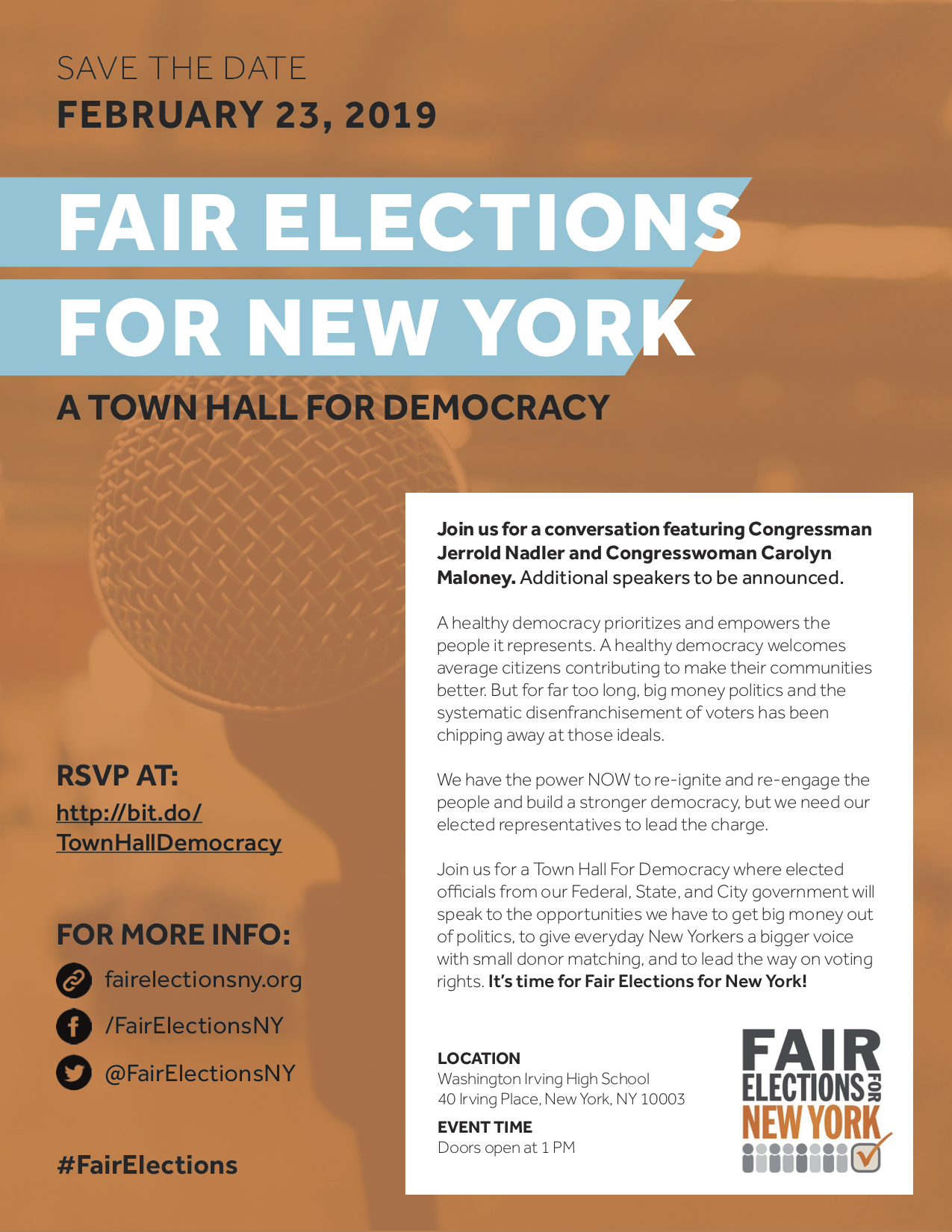 Join Representatives Jerry Nadler and Carolyn Maloney who will be leading the discussion to support New York's challenge to enlarge voting rights and lead the nation in adopting public matching funds for its state elections. NYS legislators will be attending and speaking. The event is being organized by Citizen Action of New York, the historical lead of the Fair Elections campaign, Empire State Indivisible, and Public Citizen.

DID strongly believes in the need for election reform in New York and supports this immensely important effort to strengthen our democracy. Join the Fair Elections campaign in making sure that small-donor matching funds are included in the April 1 New York legislative budget.