Earlier this year, Downtown Independent Democrats members voted to endorse the following candidates in the June 23 New York State Primary Election. You can use this page as a cheat sheet on Election Day, or print our D Notes pamphlet here. 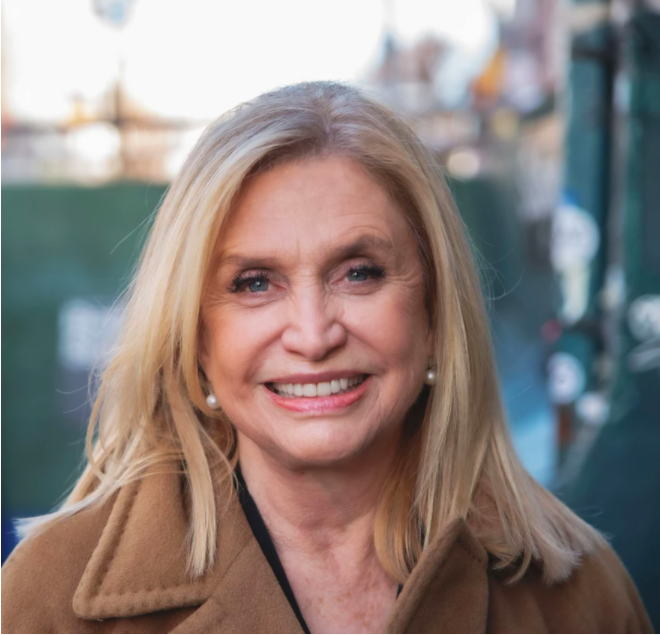 Lauren Ashcraft is a comic and former project manager at JPMorgan Chase. Peter Harrison is a housing activist. Suraj Patel is an NYU business professor. All three are well-meaning progressives.

However, Maloney’s hard work on issues like single-payer Medicare for all, worker’s rights, paid family leave, pay equity, extending 9/11 healthcare coverage, the environment, gun violence, cannabis legalization, local infrastructure, women’s rights and much more has resulted in endorsements from every major labor union, as well as progressive-issue groups like Planned Parenthood Action Fund, National Organization of Women PAC, and the ProgressiveCaucusPAC. She chairs the House Committee on Oversight and Reform.

We endorse Carolyn Maloney for Congress. 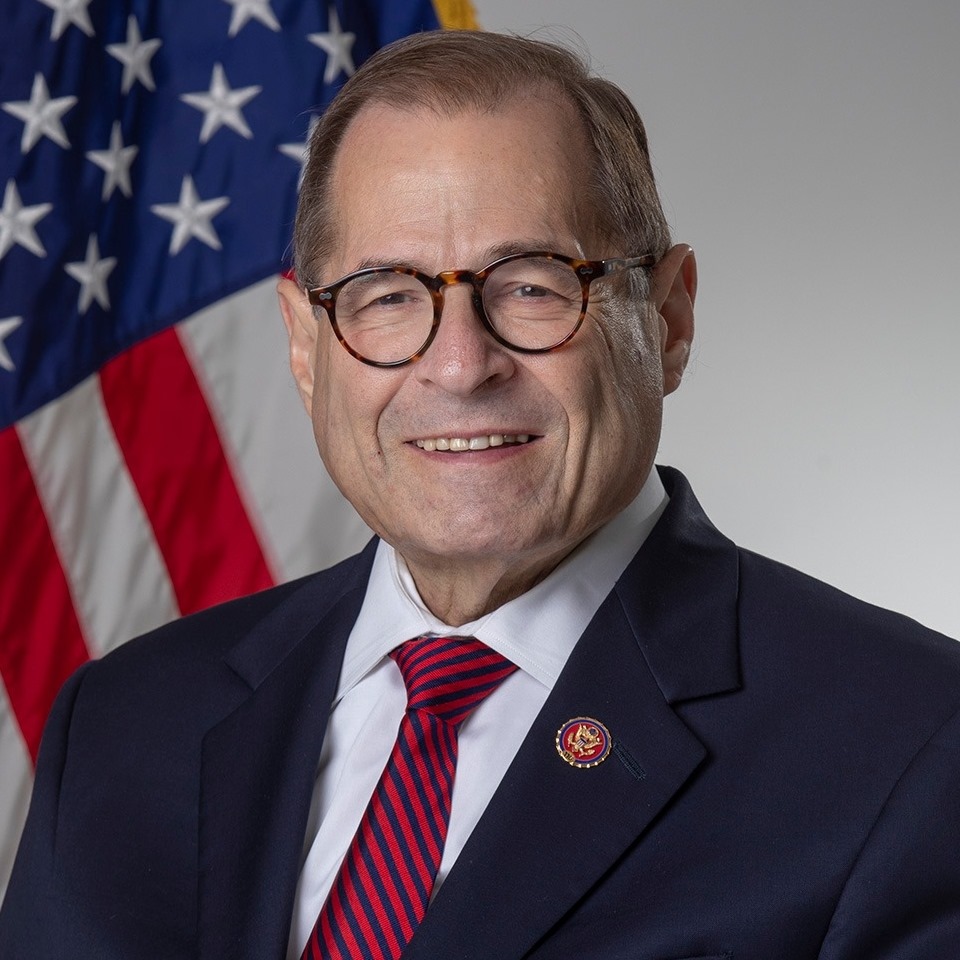 On the West Side, Lindsey Boylan and Jonathan Herzog are challenging veteran congressman Jerry Nadler.

Boylan served as a deputy secretary for economic development for Governor Andrew Cuomo. Herzog is a lecturer of philosophy at Harvard.

On the other hand, Nadler has served us incredibly well in Washington – where it counts.

As chair of the House Judiciary Committee, Nadler conducted the successful impeachment of Trump in the House. Had the Republicans not controlled the senate, Nadler’s leadership would undoubtedly have seen Trump’s removal from office.

On a local level, last year Nadler was able to have Congress repeal the one-way double toll on the Verrazzano Bridge.

This toll has caused incredible traffic congestion and air pollution for decades throughout lower Manhattan, as westbound drivers and truckers plow through Canal, Delancey, Broome, Hudson, Church and Varick Streets to get to New Jersey using the toll-free Holland Tunnel westbound.

Jerry came to center stage as the “Ground Zero Congressman,” working tirelessly in the aftermath of 9/11 to gain substantial federal aid, as well as health care and compensation for the responders and survivors.

Trump predicted in February that Nadler will be defeated by a primary challenger. We urge you to prove Trump wrong yet again.

DID endorses Jerry Nadler for Congress. 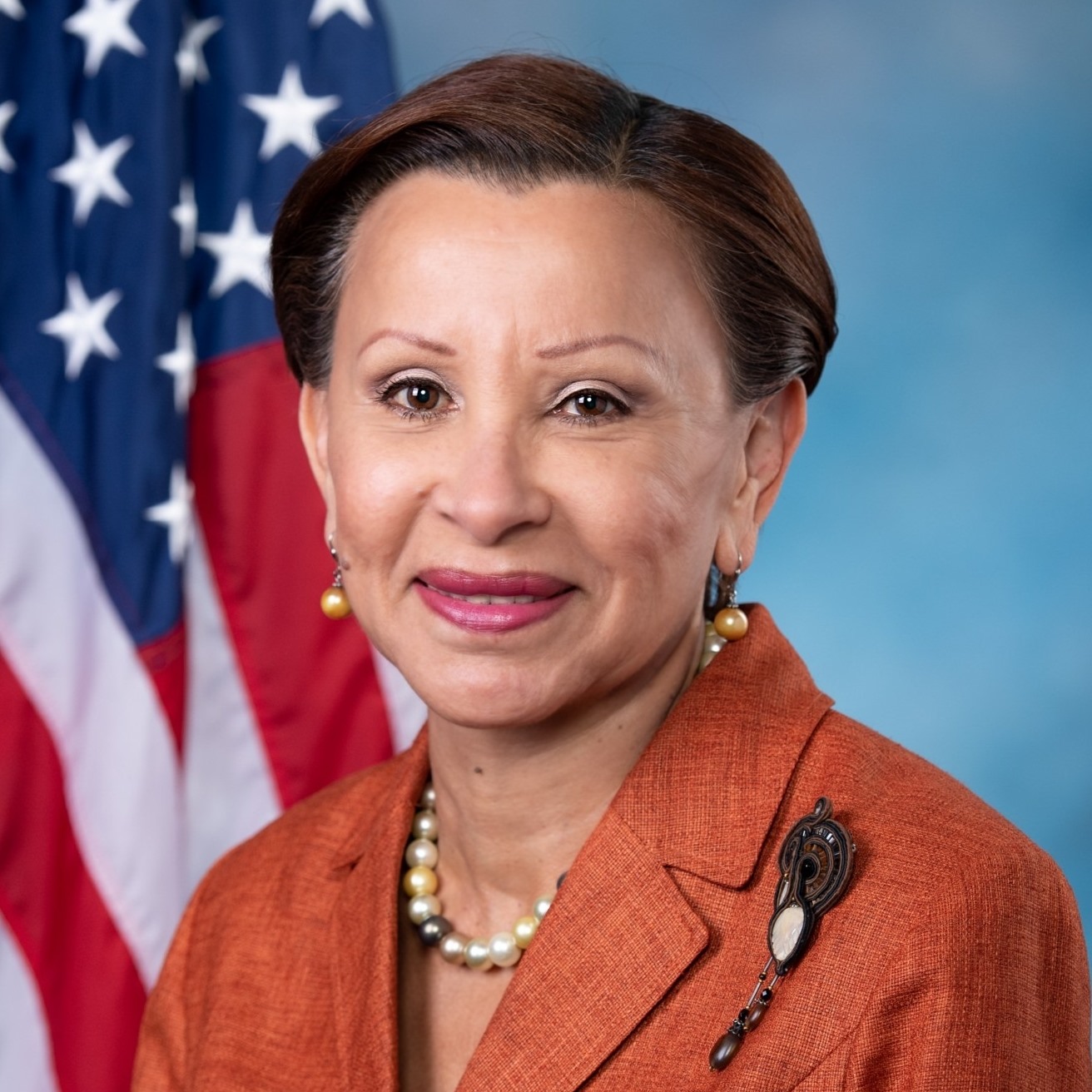 DID endorses Nydia Velazquez for Congress. 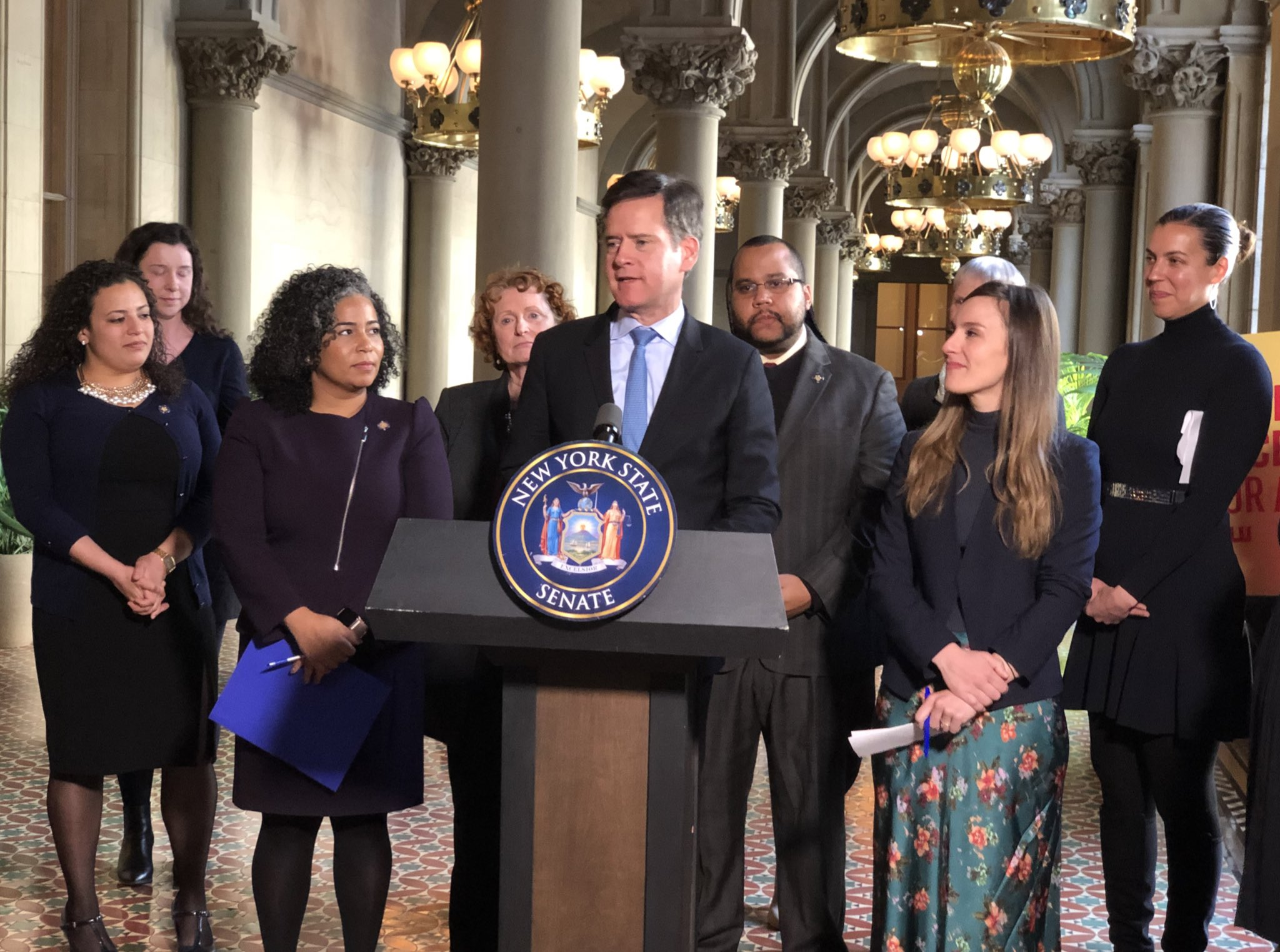 In Greenwich Village, incumbent State Senator Brad Hoylman has an opponent, Elizabeth Glass, an anti-vaxxer who opposes Hoylman’s position that our children should be vaccinated.

Hoylman is a bright, active and accomplished legislator. He attended Oxford University on a Rhodes Scholarship and afterwards graduated from Harvard Law School. Elected to the State Senate in 2012, he chairs of the Senate Judiciary Committee. 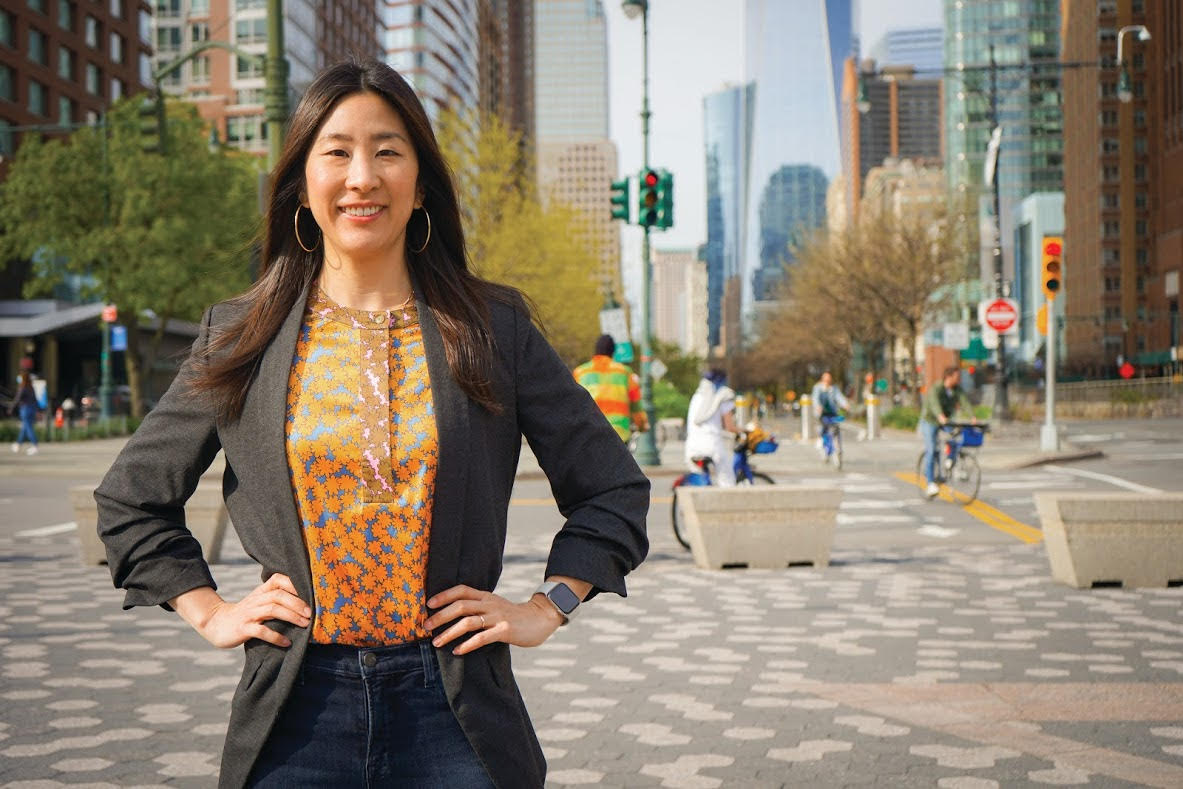 Rare is it to have two excellent candidates running for the same state assembly seat. Such is our fortune this year in the East Side’s 65th Assembly District.

Incumbent Assemblymember Yuh-line Niou won the seat formerly held by Sheldon Silver in 2016, defeating Silver’s chosen successor in a six-way race. Since then, Ms. Niou has accumulated an impressive record of progressive legislation.

Niou currently is pushing for an expansion of the Child Victims Act to extend the statute of limitations for child abuse victims to file civil charges against their attackers.

Community activist Grace Lee is the co-founder of Children First, a parent-led group fighting for a safe clean-up of a toxic mercury site in the South Street Seaport affecting thousands of area children and residents.

Prior to Children First, Lee was the New York events director for Swing Left, a progressive political action group. Her fundraising efforts provided capital for New York Democratic candidates in a successful effort that saw Democrats take back the House of Representatives.

After receiving her BA from Columbia University and her MBA from the University of Chicago, Ms. Lee co-founded Nine Naturals, a toxin-free beauty line for pregnant and new moms.

Her organizational skills, perseverance and commitment to the welfare of our community are clear.

Grace has promised us that once in Albany she will fight for a fully-funded public school system, a strengthened lower Manhattan climate resiliency plan, a revitalized Mitchell-Lama middle-income affordable housing program, and more funding for NYCHA families.

At the Downtown Independent Democrats endorsement meeting in January, a public event open to all, a majority of our members voted to endorse Grace Lee for Assembly. 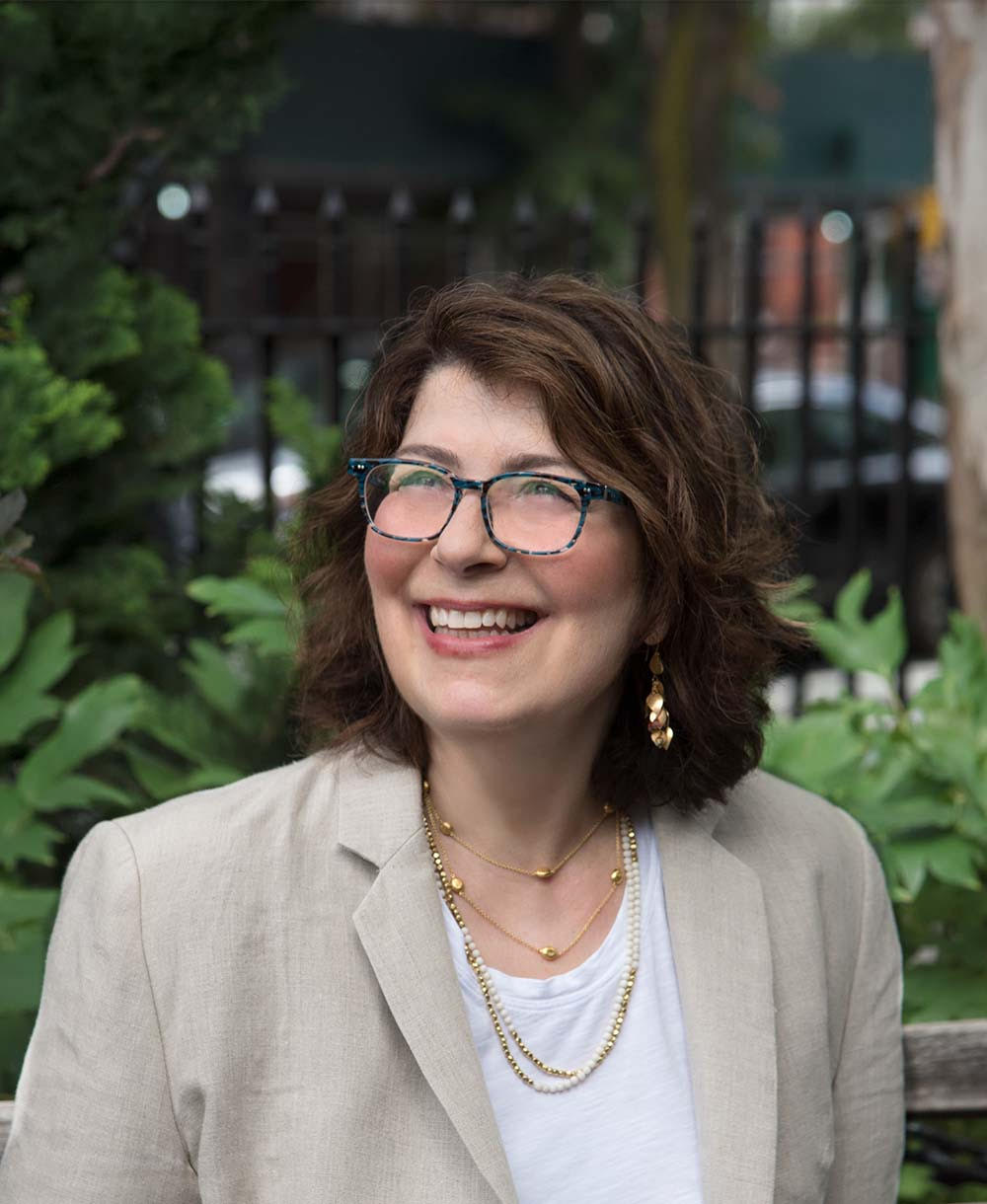 The West Side’s 66th Assemblymember, Deborah Glick, is running unopposed for re-election this year and will not be on the ballot.

However, in that district there is an important “down-ballot” race that warrants your attention.

Near the bottom of the ballot, or perhaps on the reverse side, there is a contest for the obscure but important position of New York State Democratic Party Committeemember.

The State Committee recommends and sets policy for the New York State Democratic Party. Its members reflect the values of us local Democrats. So we need someone with experience whom we trust to represent our principles and standards. Rachel Lavine, our current state committeewoman, has effectively served us since 1997.

Smith College and NYU Law School grad, Lavine co-founded and chairs the Progressive Caucus, which has been a catalyst for progressive change in the Democratic Party since its inception in 2012.

As an effective advocate for progressive values, Lavine has taken the lead in writing and passing many of the key State Committee resolutions.

For example, Rachel led the fight in the State Committee to win support for marriage equality and championed passage of the Gender Non-Discrimination Act (GENDA). Her efforts to end hydrofracking in the state helped lead to Governor Cuomo’s moratorium on the practice.

Rachel’s opponent, Penny Mintz, an attorney and NYU graduate, has served on the community board and also has been active on various Greenwich Village issues.

DID endorses Rachel Lavine for Democratic Party State Committee. Be sure to scroll down the ballot and vote for this progressive champion. 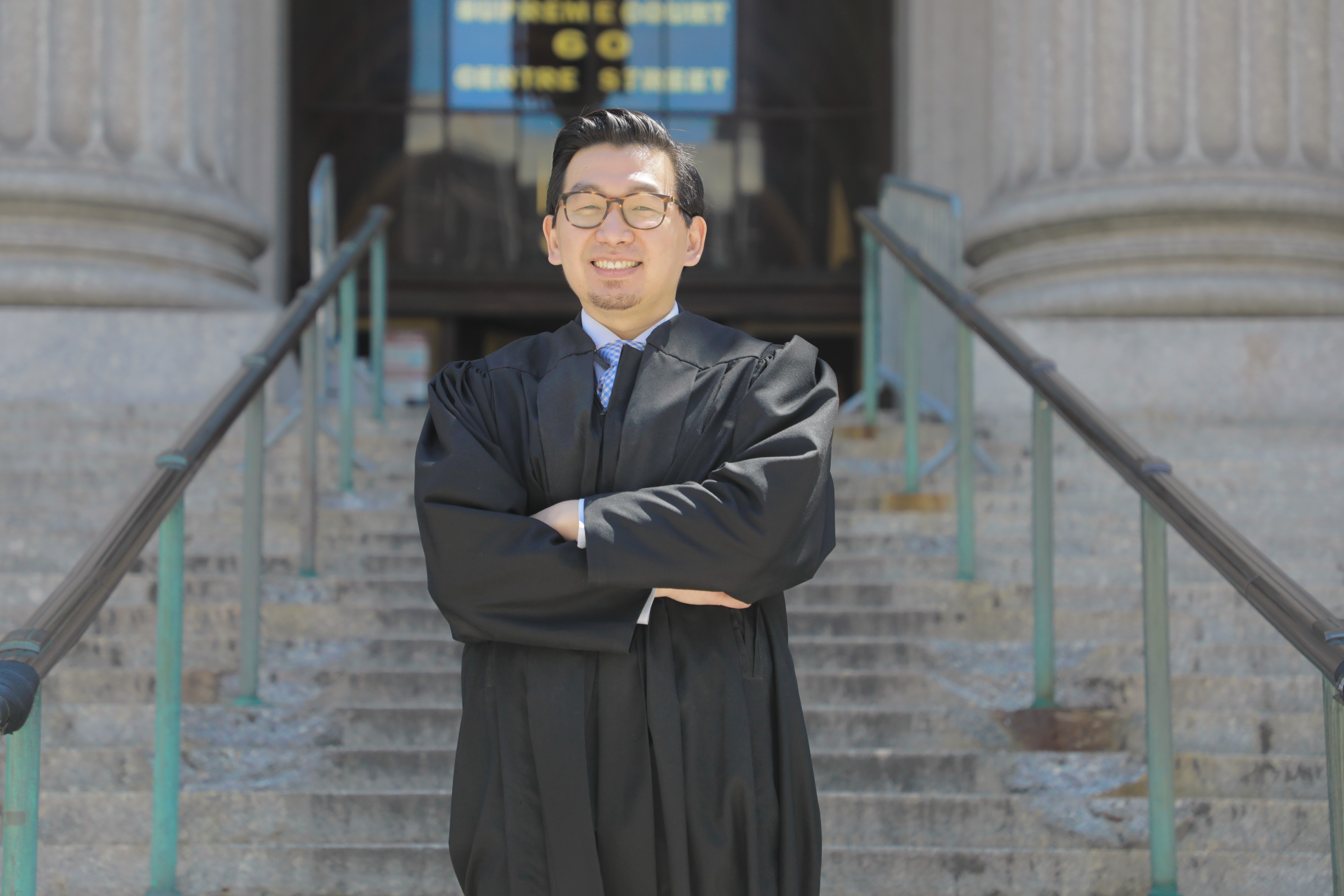 Eric Schumacher works in the Appellate Division as deputy clerk of the court. He attended Johns Hopkins and Cardozo School of Law. George Santana is the principal court attorney for Justice Carol Sharpe, holding degrees from the New School and CUNY Law School.

Schumacher and Santana have impressive résumés and would make fine judges. But we found Judge Wang to have all the qualifications our club seeks. Judge Wang is brilliant, compassionate, honest and shares our views.

Many of the individuals who appear in his court are self-represented. Yet despite the high volume, John strives to listen with empathy and compassion to each litigant because he understands that the opportunity to feel truly heard is an integral part of ensuring that justice is done.

Because Downtown Independent Democrats Covers a large portion of Lower Manhattan, not all of these elections will necessarily be on the ballot in your district.

The Downtown Independent Democrats reform political club was established in 1972. We are committed to a progressive and transparent democratic government that serves the concerns, needs and interests of our Lower Manhattan community.

Endorsements of candidates are made by our members at open public meetings, often after lively debate and discussion of the issues with the candidates themselves.

We serve the Lower East Side, Battery Park City, the Financial District, the South Street Seaport, Little Italy, Nolita, parts of the East Village and Greenwich Village, as well as TriBeCa, SoHo, NoHo, and Governors and Liberty Islands. Click here to join or email us at [email protected]. And, you can learn more about our club's history here.

The definition for sickness has been temporarily expanded this year to include those affected by Covid19 or those facing the potential of contracting the virus. That means all of us.

To apply for the ballot, visit nycabsentee.com or call 866-VOTE-NYC. Check the box “Temporary Illness” as the reason for your request. You will be sent a ballot in the mail after you submit the online form. If you are mailing a paper application, your application for an absentee ballot must be postmarked by June 16.

Please enter your information exactly as it appears in your voter record. Failure to do so correctly may result in a “Record Not Found”. (This does not mean you are not eligible.)

You will then receive an absentee ballot in the mail to return to the Board of Elections.

Last day to postmark the ballot is June 23.

We urge you to vote early.

You can still vote in person at the polls on June 23. For further details, visit: voterlookup.elections.ny.gov