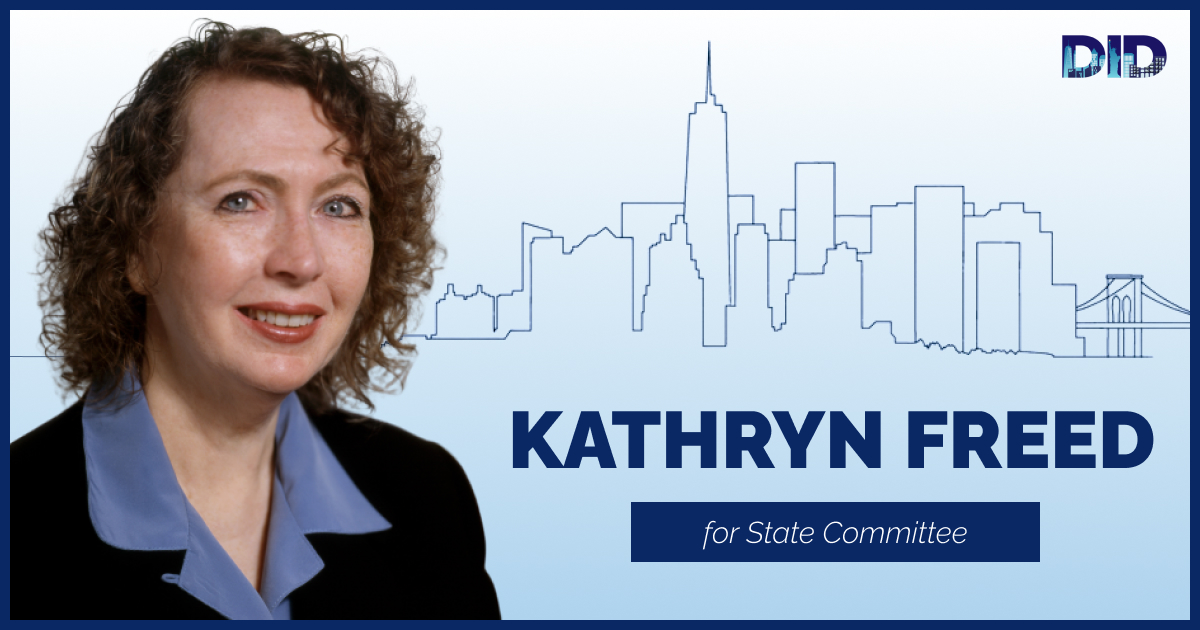 Beginning June 18th New Yorkers have the have the chance to change the face of politics by electing members of the State Committee.

What is the State Committee

The members of the State Committee are directly elected by voters in the Democratic Primary to represent their views in Party decision making. Along with members from across the state, they are responsible for coordinating Democrats, Democratic representatives and Democratic issues at the Statewide level.

For 12 years Andrew Cuomo stacked the State Committee with allies and undermined its autonomy. Instead of allowing the Democratic Party to organize, he used it like a personal piggy bank. This left a Democratic Party that was unable undertake its basic function of representing actual Democratic voters, leaving all the influence to Andrew Cuomo.

Since 2016 Downtown Independent Democrats has been fighting to elect local grassroots activists to State Committee who will represent our communities in this powerful, but obscure body.

What can you do?

We've already won four of these races below. Early voting begins June 18th and elections day is June 28th. Vote for Kathryn Freed & Rachel Lavine and sign up to support the Progressive team for downtown.