The core and shell of a pledge on Bleecker St. school

BY TERRI CUDE | In March 2010, as New York University was preparing to seek approvals for its overwhelming 2031 Plan, the university made a big announcement. 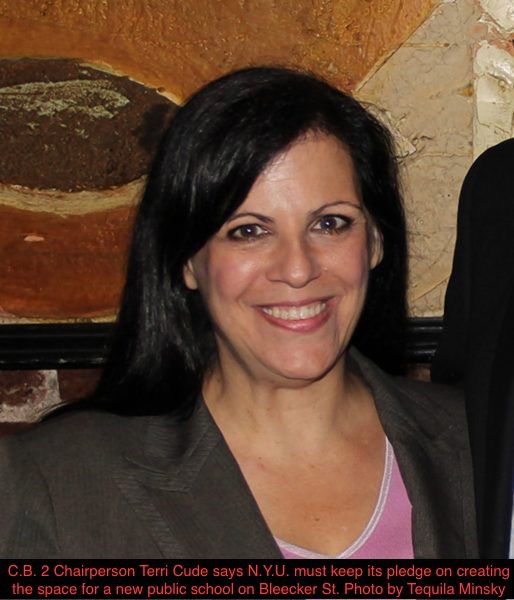 At a podium in the conference room of then-Manhattan Borough President Scott Stringer, N.Y.U. Senior Vice President Lynne P. Brown stood with Stringer, some Community Board 2 members, including then-Chairperson Brad Hoylman, me (as co-chairperson of the Community Action Alliance on NYU2031) and top N.Y.U. officials. Brown proudly announced that N.Y.U. would build the core and shell of a public school on the superblocks of Greenwich Village.

#terricude #BleeckerStSchool
Please check your e-mail for a link to activate your account.