Join the members and allies of Manhattan’s Democratic Clubs for an all-important Day of Action during the final hours of the campaign!

Channel that nervous energy by making calls into key swing states for one or more two-hour shifts and help us Get Out the Vote! 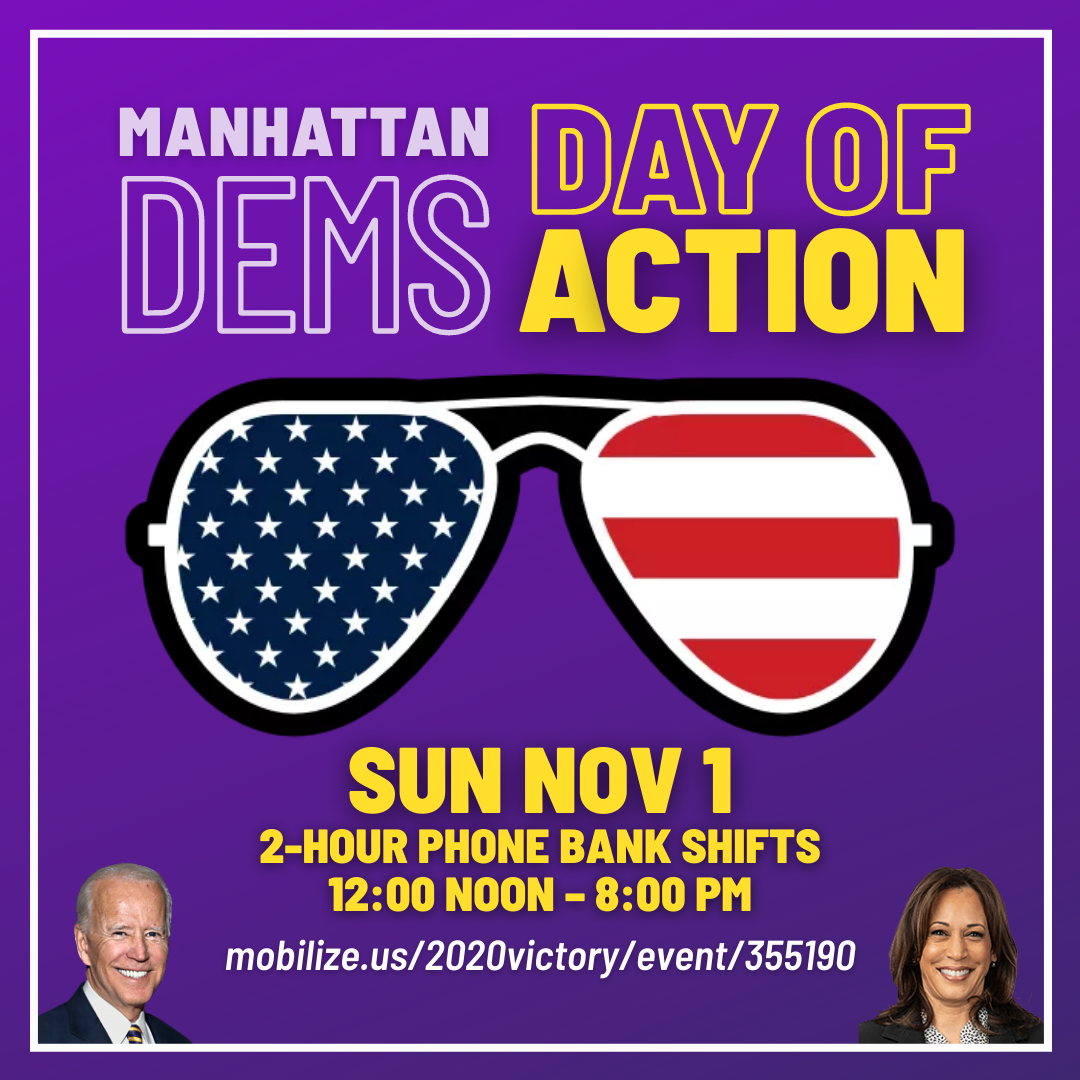 Training for volunteers will be offered at the beginning of each shift in a separate breakout room.

In addition, there will be three other training sessions before the Day-of-Action:

Our Day-of-Action is coordinated with the New York for Biden grassroots group, which is the New York operation that has a direct tie to the national Biden campaign.